We are often puzzled or scared by the word “law” since we associate it with the collection of some senseless motions or rituals which must be observed for an unknown reason. So, King David’s passion for following God’s law might be perplexing. In Psalm 25:4-5, King David writes: “Make me know Your ways, O Lord; teach me Your paths. Lead me in Your truth and teach me,” and also in Psalm 19:9-10: “The judgments of the Lord are true; they are righteous altogether. They are more desirable than gold, yes, than much fine gold; sweeter also than honey and the drippings of the honeycomb.” Why did King David love and desire God’s Law so much?

One of the reasons King David loved God’s Law was because he had a humble heart. Torah, translated as “law,” in Hebrew is תּוֹרָה, which literally means “instruction” or “teaching.” The word Torah is derived from the root ירה (yara) which means “to throw, cast or shoot an arrow at the target” (see example here: 1 Chronicles 10:3). Thus, the idea concealed in the word Torah is “the teaching or instruction which lets you shoot your arrow right in the target.” Although only the Torah designates the five books of Moses, the whole Bible can be designated as God’s Torah, i.e. God’s instruction.

Let’s look at what Apostle Shaul (Paul) shares with his disciple Timothy: “All Scripture is inspired by God and profitable for teaching, for reproof, for correction, for training in righteousness; so that the man of God may be adequate, equipped for every good work” (2 Tim 3:16-17). So, Apostle Shaul is referring to the sole binding written authority of his time–the books of the Tanak (the Hebrew Bible/Old Testament), which are tantamount to the Torah, God’s teaching. Well, as we can see, God’s instruction, the Torah, does not just make you miraculously shoot your arrow in the bull’s-eye. It rebukes you, corrects you, trains and equips you, thus molding you into God’s warrior, the one who doesn’t shoot in the air, but shoots at the right target, the target which would bring blessing and approval of God.

That takes a humble heart–a heart which is ready to hear criticism, which is willing to bow down before its Creator, and ready to be molded. Consider his prayer: “Behold, I was brought forth in iniquity, and in sin my mother conceived me,” “Create in me a clean heart, O God, and renew a steadfast spirit within me,” and “For You do not delight in sacrifice, otherwise I would give it; You are not pleased with burnt offering. The sacrifices of God are a broken spirit; a broken and a contrite heart, O God, You will not despise” (Psalm 51:5, 10, 16-17). King David was humble enough to admit that he was a sinful man and he could do nothing to “make” his heart pure – only His Creator could change his heart and make it clean. Neither could David please nor “bribe” God with sacrifices, since what God truly desires is a broken spirit, the one which seeks the Lord’s will and not its own – and David was humble enough to realize that too.

Let’s consider another incident which took place when King David brought the Ark of God to Jerusalem: “And David was dancing before the Lord with all his might, and David was wearing a linen ephod” (2 Sam 6:14). Considering that ephod was a piece of undergarment, it was utterly embarrassing for the king to wear it in public. However, David chose to disregard social norms and his reputation as a king, in favor of Adonai, the Holy One of Israel, Whom He worshipped. He chose to praise the Lord wholeheartedly with a dance, like a naïve child. When David’s wife Michal “saw King David leaping and dancing before the Lord; and she despised him in her heart” (2 Sam 6:16), she said: “How the king of Israel distinguished himself today! He uncovered himself today in the eyes of his servants’ maids as one of the foolish ones shamelessly uncovers himself!” (2 Sam 6:20). Well, what was David’s response? – “It was before the Lord, who chose me above your father and above all his house, to appoint me ruler over the people of the Lord, over Israel; therefore I will celebrate before the Lord. I will be more lightly esteemed than this and will be humble in my own eyes, but with the maids of whom you have spoken, with them I will be distinguished” (2 Sam 6:21-22). Why did David respond this way? Because he had a humble heart which put God above all, even above the royal etiquette, the opinion of others, and his reputation.

Another reason King David loved God’s instruction or Word was obvious, yet very important to note–King David loved the Lord. Apostle John says: “In the beginning was the Word, and the Word was with God, and the Word was God” and “And the Word became flesh, and dwelt among us, and we saw His glory, glory as of the only begotten from the Father, full of grace and truth” (John 1:1, 14). As we see, God’s Word, the One by which heavens were made, the One revealed to Abraham, Moses, the prophets, and the Apostles, the One which inspired the Torah (God’s instruction), is the essence of YHWH, is God Himself, Who became flesh two thousand years ago as Yeshua the Messiah (Jesus Christ). King David loved God, and hence, he loved God’s Word, His teaching, His Torah: “for You are the God of my salvation; for You I wait all the day” (Psalm 25:5), and “The law of the Lord is perfect, restoring the soul; The testimony of the Lord is sure, making wise the simple. The precepts of the Lord are right, rejoicing the heart; the commandment of the Lord is pure, enlightening the eyes. The fear of the Lord is clean, enduring forever” (Ps 19:7-9).

Torah has been commonly translated as “the Law” and is often associated with legalism and meaningless rituals, irrelevant to Christians. As we can see, that perspective is quite misleading. Although canonically known as the five books of Moses, God’s Torah is the entire Bible, the living Word of Eternal God. It is not possible to love God but not love His teaching, since the Lord is manifested in it. King David loved God’s Law, or rather God’s Torah, with all his being. And the Lord appreciated David’s heart. He loved David so much to say: “I have found David son of Jesse, a man after my own heart; he will do everything I want him to do” (Acts 13:22). I would like all of us to imitate King David in his humility and love for the Lord. Then, our relationship with God will be living and loving, bearing good fruit in our lives and the lives of others. And our actions will not be vain but will be just on target.

WHAT'S THE RECIPE FOR A SUCCESSFUL YEAR? 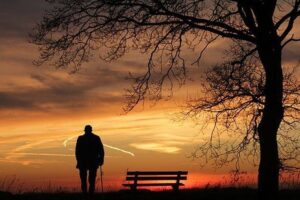 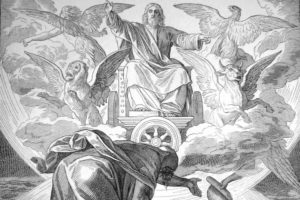 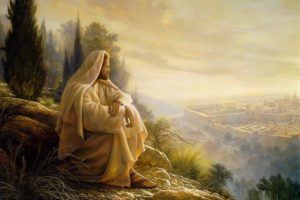 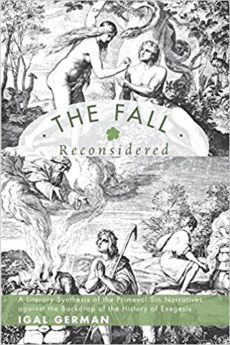